The Centre for Food Technology and Research (CEFTER), Benue State University last week Wednesday commenced itssensitization training on food nutrition with emphasis on proper handling and preservation of food. The training took place at two Internally Displaced Camps (IDCs) in Agan and Daudu communities of Makurdi and Guma Local Government Areas of Benue State. The training was organized for internally displaced People (IDPs) as a result of the Fulani Herdsmen Crises that began early this year.

Addressing the displaced people, The Vice Chancellor of Benue State University, Prof. Msugh Kembe, duly represented by the Dean, Post-Graduate School, Prof. Toryina Varvar,who kicked off the campaign presented bags of rice and other relief materials to the victims and emphasized the usefulness of CEFTER in nutrition saying CEFTER was geared towards extending their research activities on food so that the IDPs would also benefit from the research. While presenting thefood items and other relief materials, he stated that these materials will help in alleviating their sufferings.

In his contribution, the Project Manager of CEFTER, Dr. Barnabas Achakpa-Ikyo revealed that CEFTER is intensifying efforts towards ensuring that food is not wasted, and that hygienic procedures are kept in place to ensure that people do not fall sick after consuming food or become obese as a result of unscrupulous food intake. He encouraged the victims to also show commitment and justify the essence of the campaign. To quote him: 'The training here will be core. It will be as if you are now studying for a short course at Benue State University.'

The first resource person, Marvis Ngodoo Toryem discussed five ways of maintaining hygiene which were washing of hands, washing of plates, proper food preservation, and use of potable drinking water and proper cooking of meat. According to Toryem, hand hygiene is the act of cleaning hands for the purpose of removing soil, dirt or micro-organisms. If soap is not available, ash could be used.The speaker frowned at the piling of unwashed plates which helps in spreading germs around the area. This is because bacteria stay alive on surfaces for many hours, so on plates that have contamination like food particles, bacteria can stay alive for a very long time. The IDPs were strongly advised against preserving cooked food for long hours. Only two hours were recommended since keeping cooked food for longer hours helps in the growth of micro-organisms. All were encouraged to use potable drinking water for cooking and drinking to guard against diseases, since potable water is assumed to be reasonably free of bacteria. Although a challenge to the IDPs, the speaker suggested that if water source is unsafe, victims should always boil their water especially before drinking. Since all raw meats tend to carry harmful bacteria, victims were encouraged to always cook their meat properly and to avoid the Tiv people's haphazard cooking notion that 'whatever is put on the fire no matter how short cannot return raw'. Food protection and food preservation have one thing in common which is to prevent contamination and spoilage of food. It was on this note that the speaker encouraged victims to always cover up their cooked food and dry preserved food to avoid contamination and spoilage. Equally important was the stressing that raw and cooked food be always kept apart and not mixed since raw food can contaminate cooked food. In the same way is the need to keep raw food utensils separate from cooked food utensils.

The second resource person, Mrs. Amande Iwaga spoke on different classes of food and their importance to the body. She mentioned carbohydrates as the main energy source, and foods that enable our bodies to function properly. Sources of carbohydrates were listed as yam, cassava rice amongst others. Protein was discussed as being responsible for building and repair of body tissues. A lack of protein gives children Kwashiorkor. Protein sources were listed as meat, chicken, caterpillars, termites, fish, beans and eggs. Another class of food identified was Vitamins. She listed different classes like Vitamin A which promotes healthy vision and skin and can be found in eggs, vegetables, palm oil, milk and meat. Vitamin B complex helps lower the risk of infection and is found in soya beans, millet, eggs. Vitamin K helps in blood clotting and promotes bone health, and is derived from vegetables. Minerals were also viewed as an essential class of food since they help the body to function properly and rich sources of minerals can be found in bananas, potatoes and tomatoes. Fats and oil were discussed as playing a fundamental role in blood clotting and brain development and can be found in foods like melon nuts and seeds. Water was regarded veryvital in removing waste products from the body through sweat, urine and vomiting. It was in this regard that all were encouraged to drink a lot of water.

Also speaking on reasons why it is necessary and important to cook food, Mrs. Iwaga explained that cooking food helps kill germs found in our food as a result of unsafe water. Cooking of food also helps food to digest more easily than raw food. Other factors include the truth that cooked food is more appetizing and pleasant to the eyes and can also be a preservative method of food. The speaker encouraged all to cook food properly before consumption and also wash raw foods to be consumed directly like fruits and vegetables. She also mentioned other food preservation methods like drying, frying and smoking.

A humorous but educative, informative and entertaining drama that stressed the need for personal hygiene as a requisite to individuals'well-being was presented by students from the Department of Theatre Arts, Benue State University. The team was led by Prof. Anyebe of the Department of Theatre Arts. The camp residents who were thrilled by the drama paid rapt attention as the drama unfolded and cheered and clapped during different scenes, showing their level of involvement. A thunderous applause followed when the drama finally ended.

Another highlight of the day that kept the refugees agog was a dance session involving both the young and the old, who danced to the rhythm of a captivating gospel song that stressed the need to be happy in whatever situation we find ourselves. Another group of young and old dancers were also invited specially to the dance floor for a dancing competition in which there were no losers. All who took part in the competition were each given gifts comprising a packet of detergent, a bar of toilet soap and a tooth brush. Their package was not to be counted as part of the items they would be given by their group leaders.

A noteworthy aspect in the visit to the IDPs camps was the organized and peaceful way through which food and other relief items were shared amongst the refugees. At Agan IDP camp, food and other relief materials were presented in groups of 26 people. Each group had a group leader who collected the items on behalf of their group members. At Daudu camp, distribution was done according to blocks. A total of 6 block leaders represented the refugees. These groups collected the items on behalf of their block members.

At the end of the event, Mr. BernardGbamkior chairman of the IDP campatAgan and Mr. Zege Daniel chairman of the refugee camp at Daudu appreciated the efforts of Benue State University and CEFTER. They promised to maintain hygiene practices that they were taught. They also promised a fair distribution of items received.

Attached below are the pictures of the event that took place at Agan and Daudu IDPs camps. 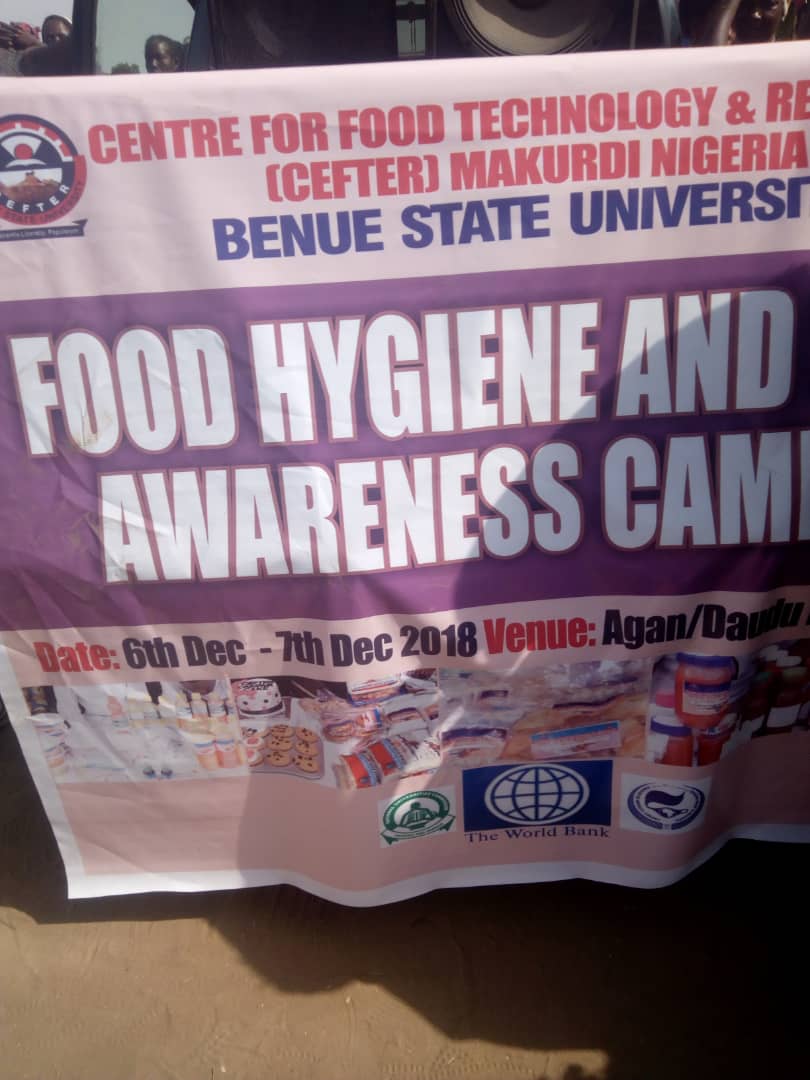 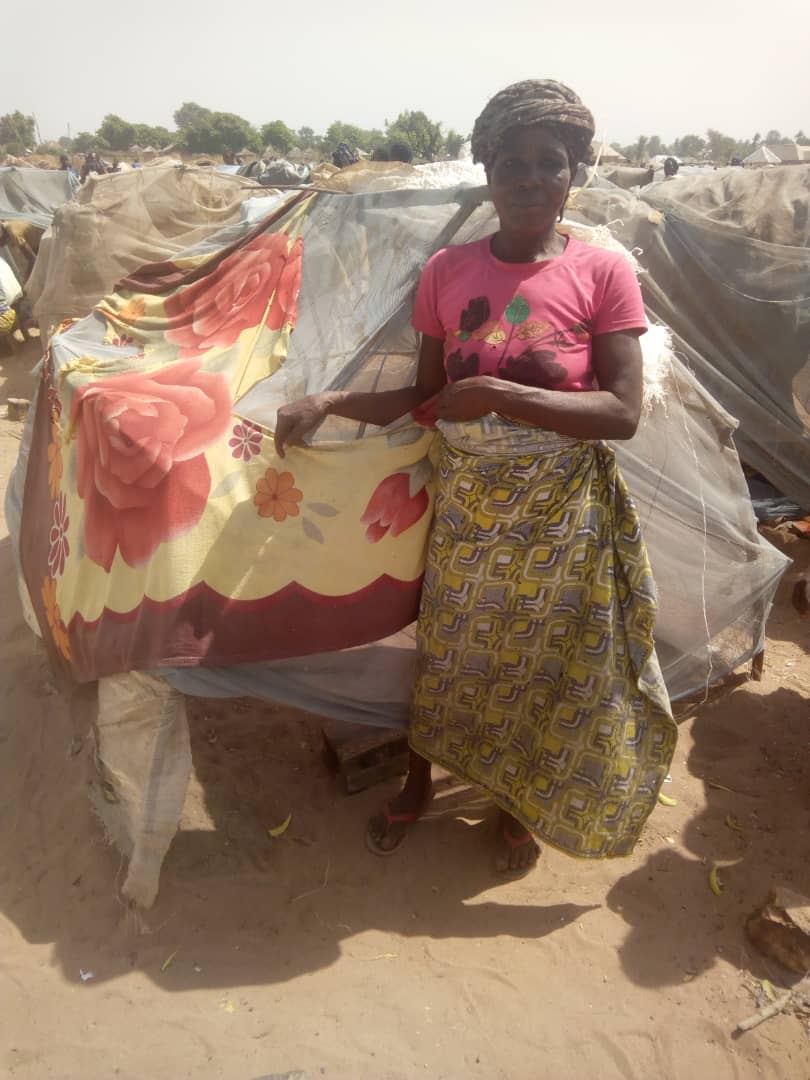 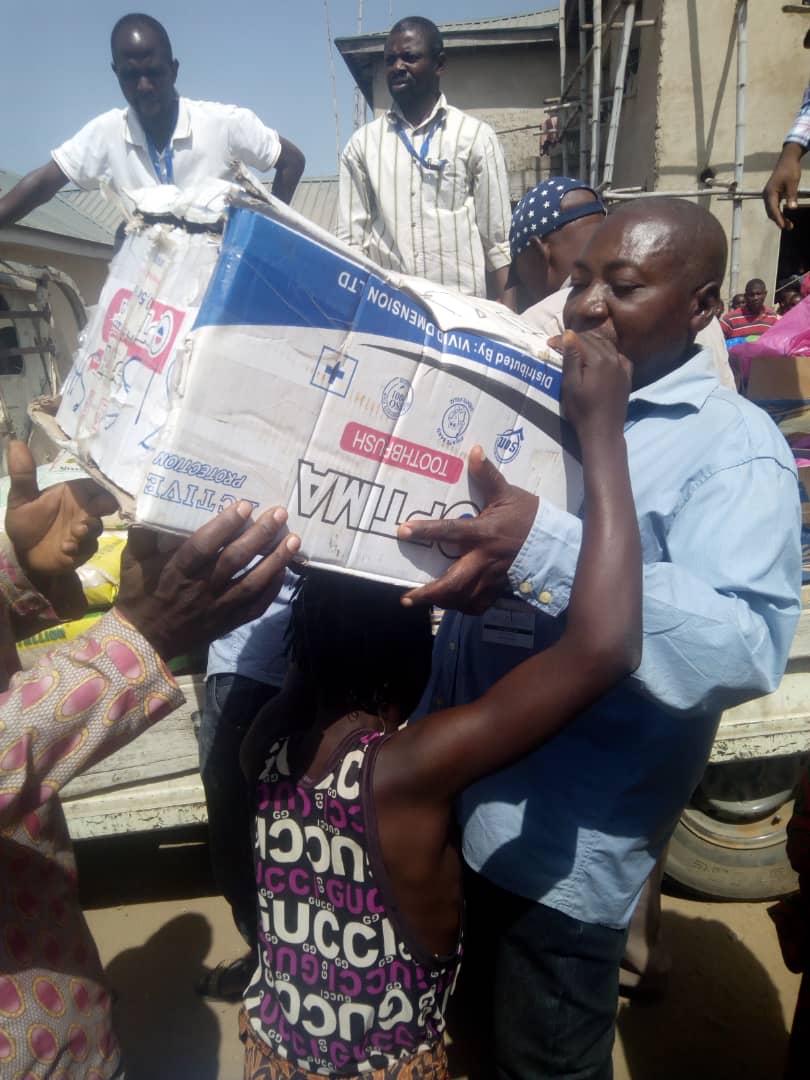 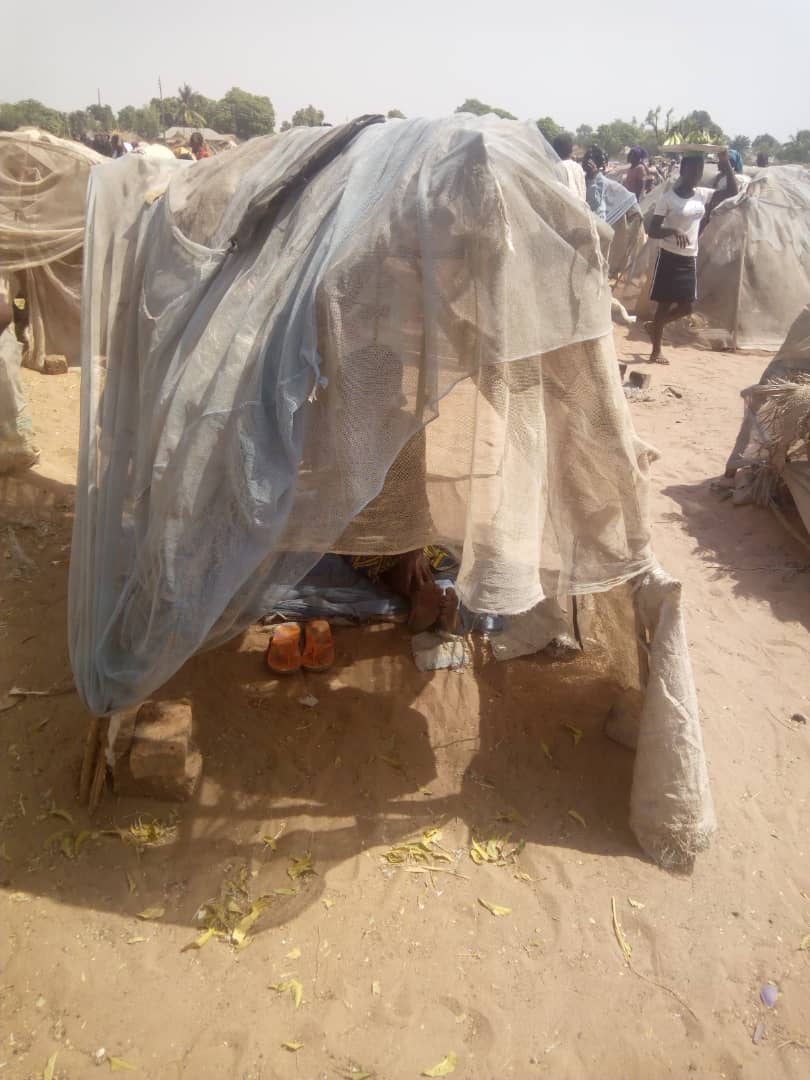 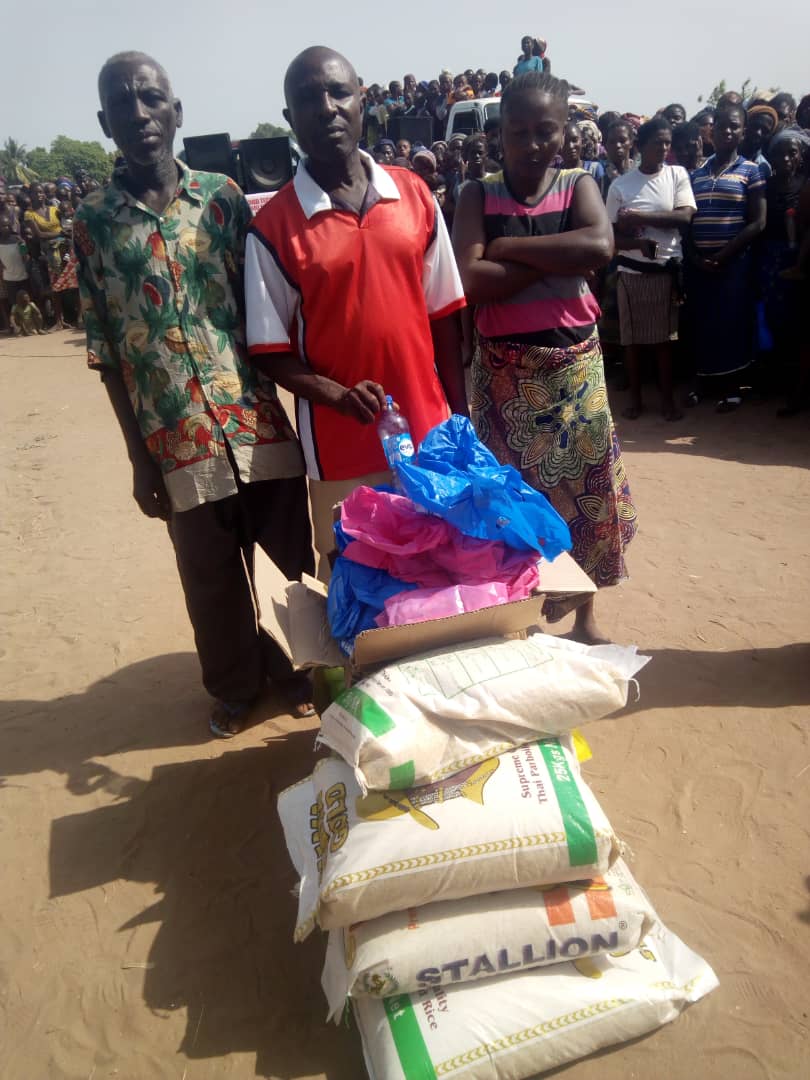