Receiving participants to the University of Mkar for the retreat, Vice Chancellor of the institution Professor Zacharys Anger Gundu appreciated CEFTER for choosing his university as the venue for the retreat assuring of his institutions hospitality and ultimate commitment to the CEFTER vision.

Declaring the retreat opened, Vice Chancellor, Benue State University Makurdi Prof. Tor Joe Iorapuu thanked his Uni-Mkar counterpart for availing his premises for the retreat describing University of Mkar as a worthy partner. The BSU VC said CEFTER is doing BSU proud by enhancing the global visibility of the institution and contributing immensely towards the restoration of the pride of local farmers with specific post harvest losses control technologies that help give them value for their labour at harvest.

Prof Iorapuu said emphasis should not just be on meeting set milestones in the DLIs to secure earning targets for the project but that CEFTER should be able to impact local farming efforts with a view to enhancing the total quality and value of our farm yields. He stressed that the fundamental concern is the question of sustainability and expressed hope that the Centre has potentials for self sustenance after the expiration of the World Bank grant that instituted it.

The Professor of transformative change charged participants to be thorough in their assignments knowing that posterity would judge their inputs long after the exercise. He appreciated previous Vice Chancellors of the institution for their efforts at establishing the Centre affirming that University management is proud of the ACE Development Impact Project Team for their efforts at driving the mandate and assured of his continuous support.

Representative of the Vice Chancellor Joseph Saawuan Tarka University of Agricultre Makurdi, Prof Rufus Shaato in his remarks, appreciated CEFTER leadership for the initiative to put together such an event describing it as step in the right direction. He said the serenity of Uni-Mkar campus alone would spur participants to deliver excellently on their mandate.

On his part, Dr. Barnabas Ikyo, the CEFTER CENTRE LEADER explained that the choice of University of Mkar for the training came as a delibrate strategy to move people away from their work environments so as to get them focus on the task at hand without any form of distractions. He assured of favourable welfare packages at the retreat for participants and charged every one to justify the confidence that informed their selection.

Dr. Ikyo said the first project ACE-1 did very well to the extent of earning all that it was worth from the World Bank. He explained that though the current project, ACE development Impact became financially operative in December 2021, it is not doing badly on the disbursement linked indicators.

The Centre Leader hinted that the ACE Development Impact project aims to construct about six food factories to address specific needs in that regard, a development which he revealed would reduce unemployment, enhance standard of living, improve revenue, promote research and stimulate scholarship. 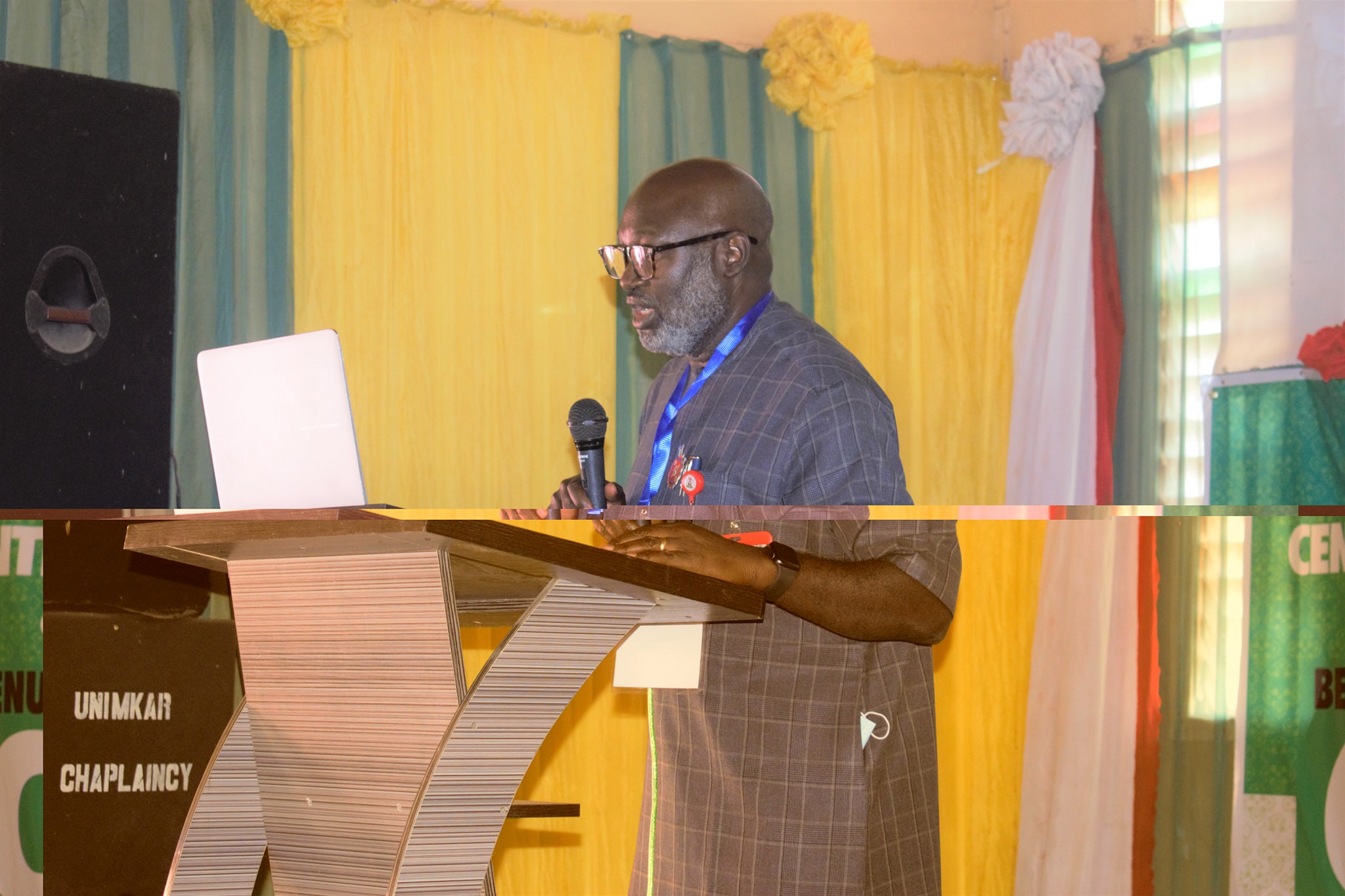 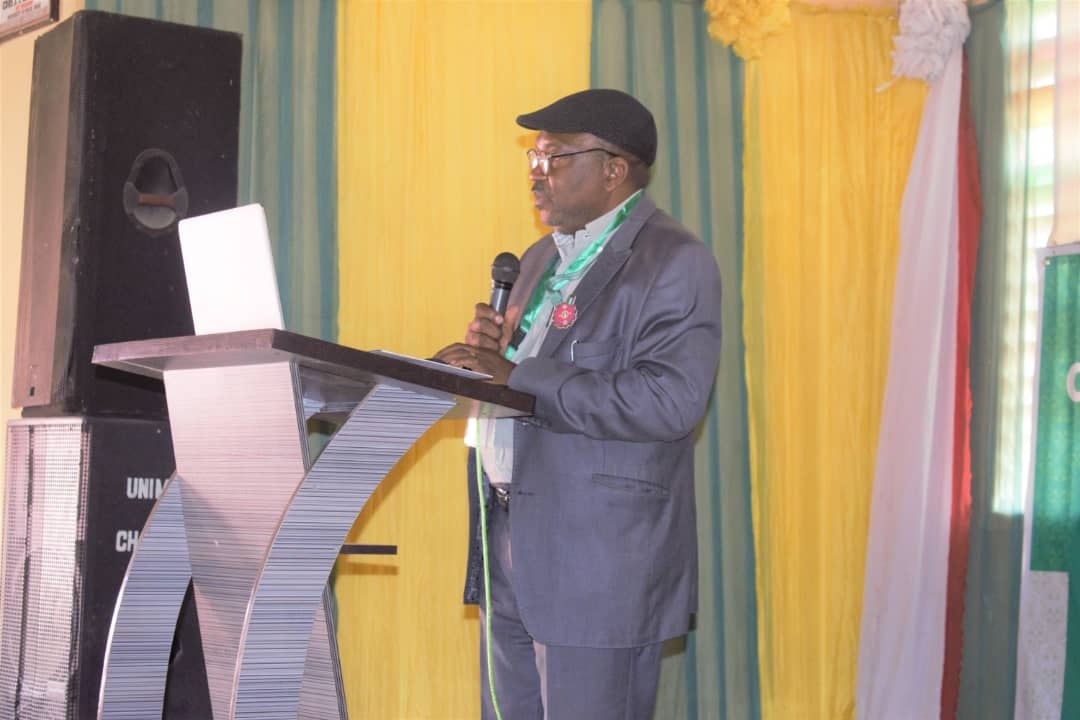 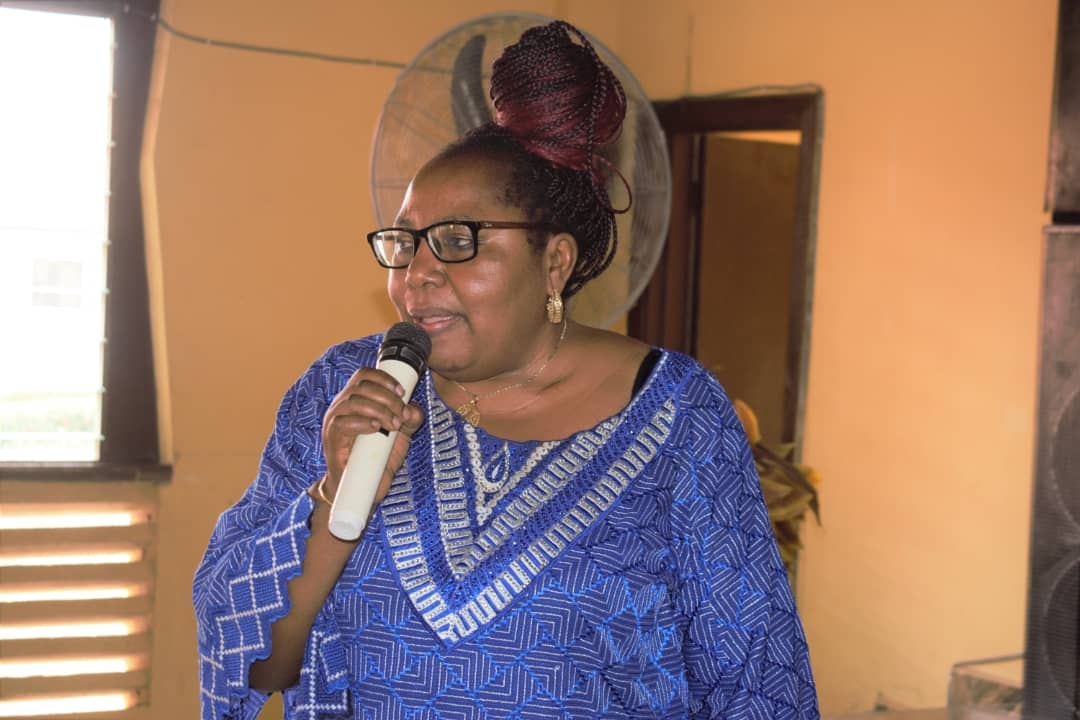 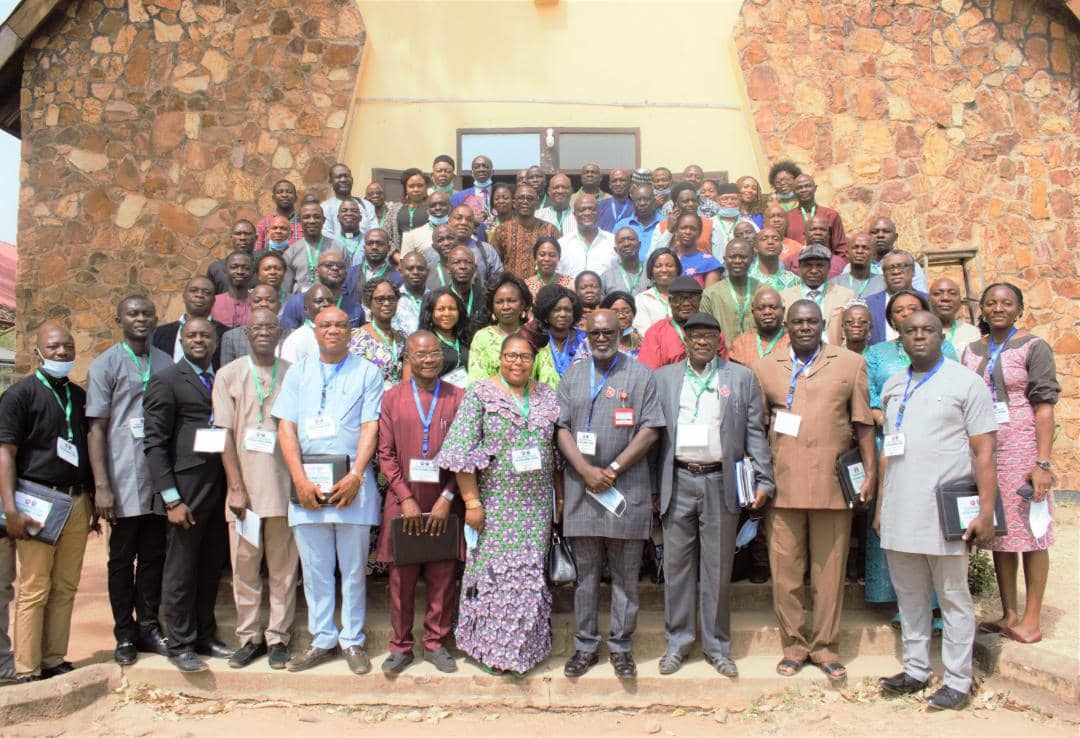 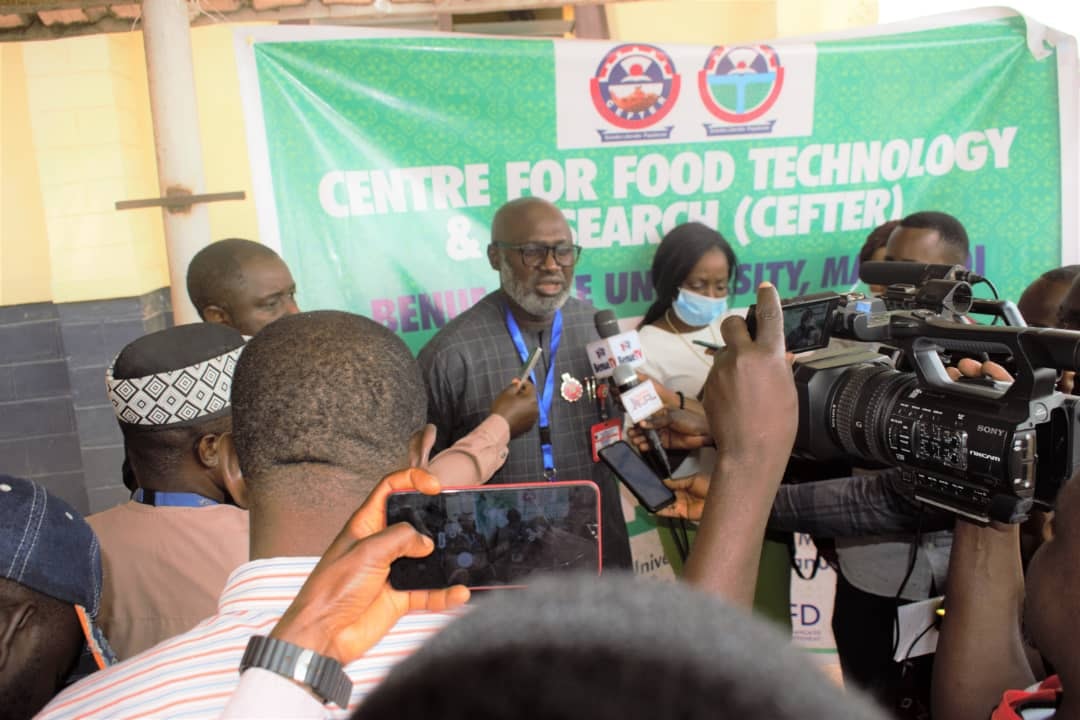 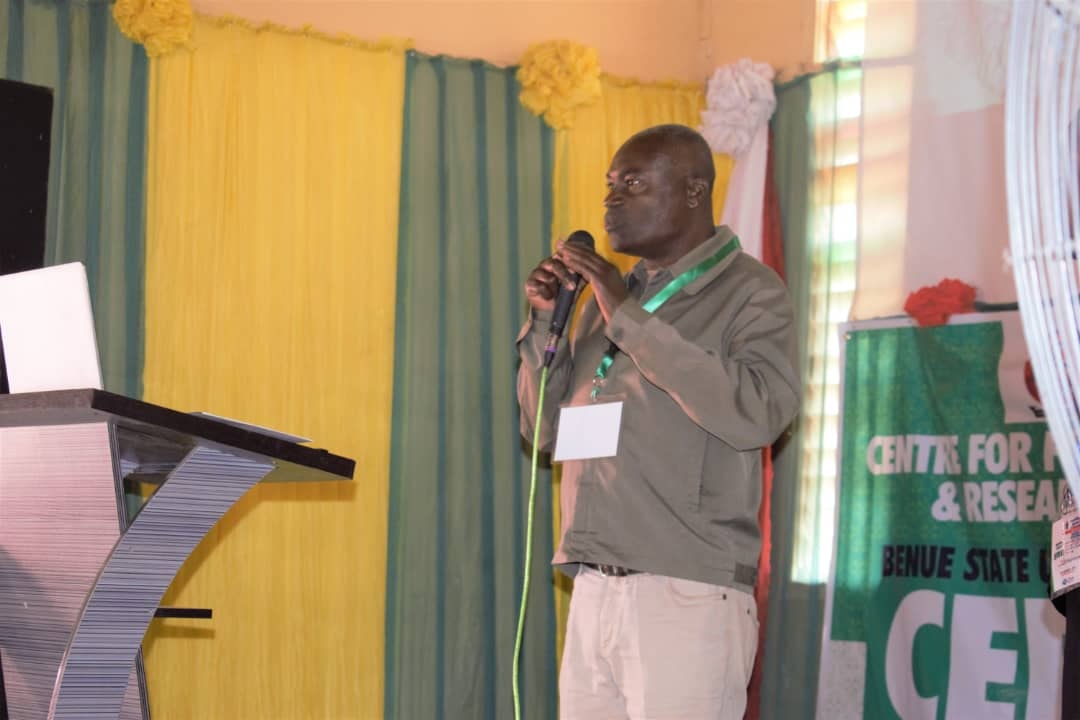 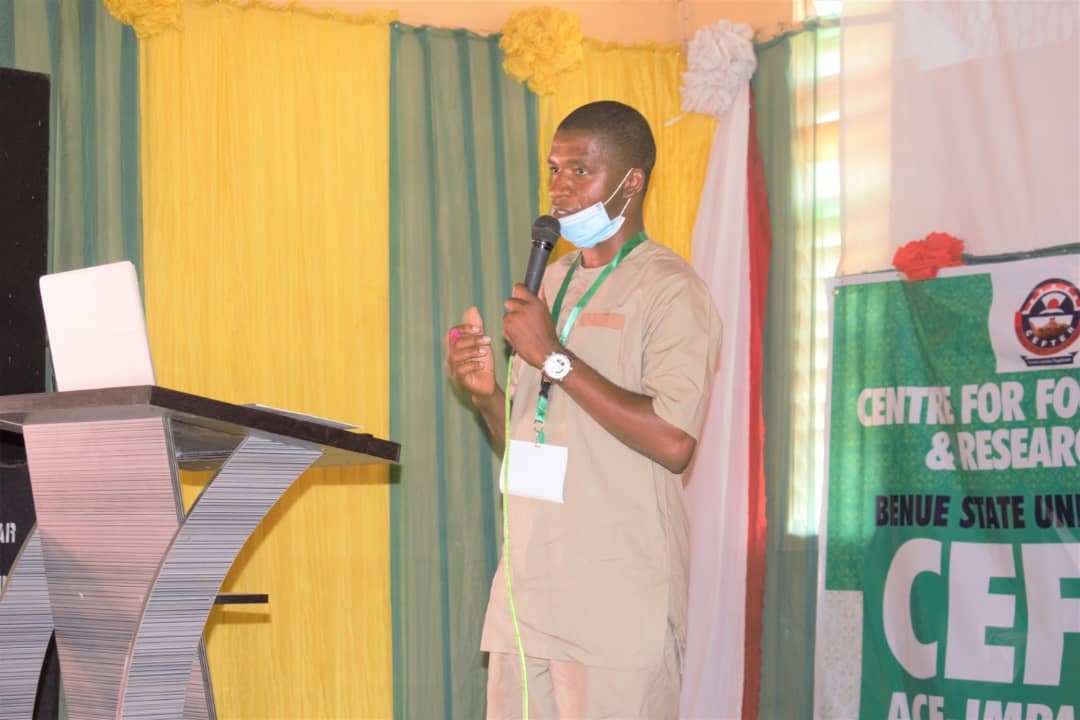 Briefing participants on CEFTER activities and programmes, the Deputy Director Research and Collaborations Dr. Sylvester Adejo revealed that the centre has within it's six years of operation graduated over 85 students in various post graduate programmes comprising MSc and PhD respectively. He explained that the Centre has already moved to it's permanent site in GRA constructed by ACE -1, away from the University main campus where all official correspondences and other administrative duties shall be treated. Dr. Adejo called on participants to own the project and show more commitment in their response to official matters especially teaching and research. He explained that teaching efficiently, computing examinations in good time and timely graduation of students are major requirements for crucial disbursement linked indicators and faculty should take such matters seriously

Responding to questions from participants at plenary, Professor Ogbene Igbum the Deputy Centre Leader/Deputy Director operations explained that the previous project faired so well that it secured a factory for itself for the commercial production of youghurt, table water, biscuit and table bread. All these products she assured have secured NAFDAC approval and are earning very well.

The retreat had a total of twelve syndicate session to address twelve seperate reviews. These sessions were headed by highly experienced academics, professionals and industry participants/key actors. Among the syndicate leaders were the Vice Chancellor Benue State University Makurdi, Professor Tor Joe Iorapuu, a communications consultant and transformative change expert who headed the group responsible for drafting a communications strategy. After very heated sessions of brainstorming, each group took turns to present their reports in the general assembly, respond to questions and submit clean copies of their drafts to the retreat Secretariat.

After the retreat, management of the host university treated participants to a cocktail an event which provided the opportunity for all to unwind, relax, dance, merry socialise and bound better as a Team- The CEFTER Family In her vote of thanks the Deputy Registrar/CEFTER Secretary Dr Mrs Scholastica Banka appreciated participants for their sustained commitment to the Centre and sued for the sustenance of the zeal, poise and zest demonstrated by all key actors of the Centre. Other high lights of the retreat were the Virtual presentation of goodwill messages from representatives of the AAU, NUC and other international partners, relishing cafeteria dishes, group photographs, tea breaks, poem renditions and intermittent prayer sessions.